The team has been named fot the away game against Karlstad! #RugbyUnion #GRFMen #GRF #Rugby
55 views0 comments
Gothenburg Rugby Club

Finally we are on the pitch!

Great start of the Season

An early 7am start saw 23 of Göteborgs strongest men load up in two minibuses and a car to begin the journey up to Oslo for the first match of the season. The team was excited to put into practice the systems that had been worked on in training in particular defence and set piece. Oslo Fusion are always tough opponents and we knew that we would need to be up to the task physically to get a result. The match started with GRF giving away a few stupid penalties which Oslo decide
16 views0 comments
Gothenburg Rugby Club 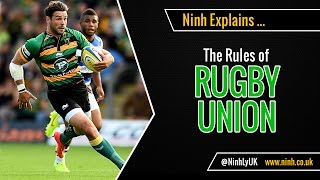 first Rugbyfestival for the autumn season

Today we had Spartacus, Borås Rugby Football Club, Alingsås Rugby, Vänersborg RK och Karlstads rugbyklubb down at the Club for the first Rugbyfestival for the autumn season. Our Under8, Under10, Under12 and Boys14 all played Games and they played really well. A Big Thanks to visiting Clubs, our coaches, the kids and the parents for making this day great. #GRF #U10 #U8 #U12 #U14 #Rugby
13 views0 comments
Gothenburg Rugby Club

Saturday midday would see the gathering of the west region clans turn up to Välen to take on the Welsh touring squad Nantgaredig RFC. Unfortunately a few players called off in the morning but considering the weather conditions it was a huge positive to see 23 players turn up to play the test. Clubs represented included players from Uddevala(1), Borås(1), Vänersborg (1), Spartacus (4) and GRF supplied the rest of the HR. The lads ran a low impact session of 45 minutes before
10 views0 comments
Gothenburg Rugby Club

Put it in your calendar!

On the 6th August and for the second time, Welsh side Nantgaredig RFC (currently playing in the Swalec national league Div 3 West) will be playing at Välen against a West Regional squad. Players from around the region will rub shoulders and take on a side that won comfortably the last time they visited Gothenburg and GRF. This will be a rugby day for all the family, youth players and fans of the 15s game where we will see , for the first time in a long time, how our west
9 views0 comments
Gothenburg Rugby Club

SMVeckan is on the horizon

SMVeckan is on the horizon and through some tough qualifying both mens and ladies teams will be heading north to compete for the SM 7's championship. The men's comp will include the favorites, Stockholm Exiles, who haven't competed in the 7's for a few years.With 7 players currently playing the national side it is no surprise they are heading to Norrköping as favorites and the Gothenburg mens team will play them in the Group stages. The ladies head north as current Sweden
5 views0 comments
Gothenburg Rugby Club